So, as I've confessed in an earlier post, I've been trying to get healthy, get in shape and just overall be the best almost-32-year old I can be! I started a cardio-kickboxing class, that I can take up to five times a week, an hour per class.  Another confession: I've yet to actually go five times in one week.  The most I've clocked in at has been four.  Which is still great! But I would most likely say that I average three, which is better than nothing.  I took this week off.  Reason being that I was feeling awful for the majority of last week/weekend and the first few days of this week.  Add to that another confession:  I think my sickness was self-induced.  I'm not a heavy drinker of adult libations. I don't usually drink during the week, the exception being a glass of red and/or white after work from time to time. I've been known to indulge in a little (okay, sometimes a lot) alcoholic beverage consumption on weekends every now and again.  Hey, I'm an adult and I can handle it. And besides, it's just fun to hook up with my girlfriends, where the vino never stops flowing, and engage in gossip of all varieties.  But last week I found myself with two very nasty hangovers.  Ugh.  I don't know about you, but I always seem to find that if I drink just a bit too much, not only does it physically take me time to recover but it seriously disrupts my happy me.  What I mean is, it makes me feel blue and I hate that.  I'm generally a pretty happy lady the majority of the time. So I don't like feeling weepy for no good reason, other than the fact that I'm a woman and just that fact alone makes be prone to emotional ups and downs. And hey, that's just fine by me when i think of the alternative (AKA being a man...ick).  My point being, I'm taking a little break from the sauce.  No drinking of alcoholic beverages until my birthday, March 5th. Oh and no caffeine either.  My thirty-something body needs a break.  I want to take better care of myself and this (finally) brings me to the whole point of this post: Weight Watchers.  Yup, I joined Weight Watchers online.  I figured, why not? I've been trying to lose those pesky ten pounds for about...five years now!  I lose five, gain five, lose five, gain five. It's a vicious cycle.  I need to try something new, get a fresh perspective on how to lose weight.  I'd always been curious about the WW and if you haven't seen Jennifer Hudson recently...damn, the girl looks good! So there you have it.  A recap: I've joined Weight Watchers, I've given up alcohol/caffeine for the next month and I'm going to attempt to go to kickboxing five times next week. 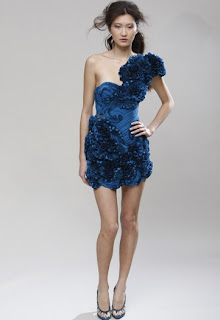