A couple of weeks ago, my lovely girlfriends and I got together for an afternoon of crafting, or a crafternoon, if you will. And it was peachy, as usual. This has become something of a regular routine for us.  We pick a date, we pick a location, we pick a craft.  All we have to do is show up with the necessary tools and accoutrements and craft our little hearts out. (There may also be vino drinking involved. Maybe. Okay, usually. Most of the time. Okay, always.)

We've crocheted, mod-podged, et al. But this particular occasion called for a little sewing and a bunch of winging it.  I had found a tutorial online for repurposing an old sweatshirt. The reason I wanted to do this particular craft was the fact that I'd been carrying around an old, yet never worn sweatshirt for years!  Like literally, lots of years; over 20, actually. I'd gotten this late 80's fantastically awesome sweatshirt when I visited Seattle with my family a couple of years before we moved to Washington state. We moved here in 1991; so you do the math. Remember in my last post when I said I keep everything? Yeah, I was being serious. Pathetic, I know. But in this instance, I am so freakin' happy I've lugged this giant sweatshirt around all these years! Why I picked out an adult sweatshirt when I was 9 years old, I've no idea. The damn thing didn't even fit me at 34! Well, it didn't used to fit me; it does now, though. Thanks to my very favorite friend, Pinterest. The tutorial we used was a little hazy with the directions, so we all kind of did our own thing with it. And by golly, I'm diggin' it.

Here's the before with my bestie, Ellen, and me: 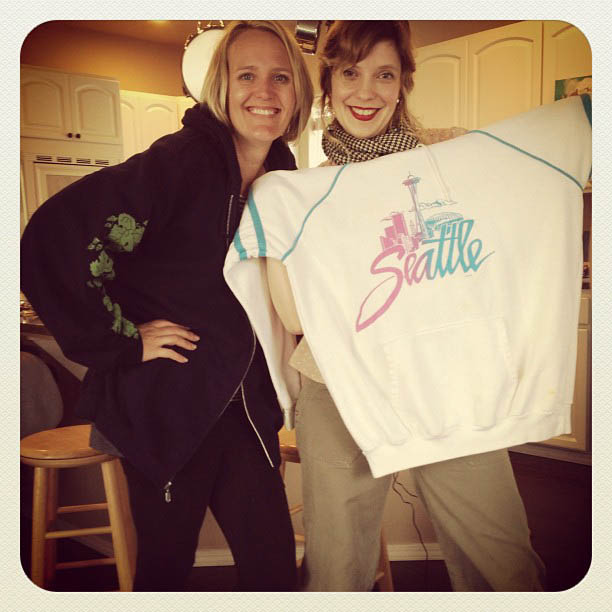 And here's the AFTER: 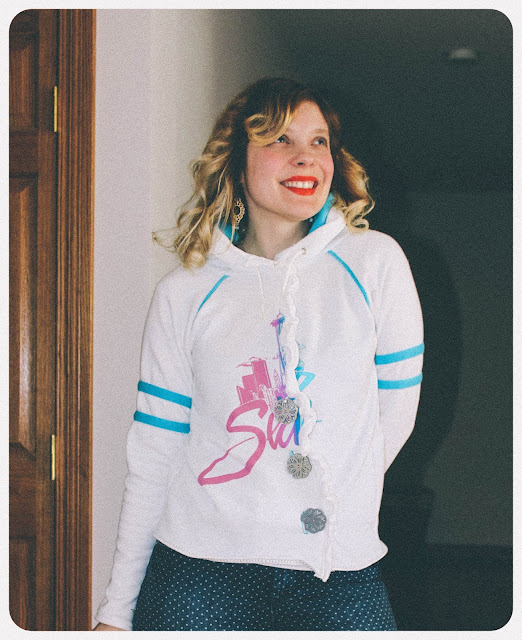 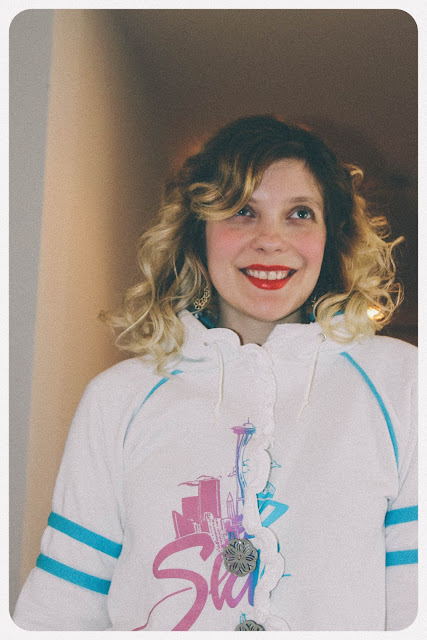 In a nutshell: I cut it down the front, took in the sleeves and the waist. Added ruffles along the opening, which was just the bottom of the sweatshirt that had already naturally ruffled when cut. I put in three button holes/buttons for closure. Along with a small snap at the neck to close it entirely, if I wished. I also shortened it and hemmed it! I knew the "Seattle" would  no longer line up on the front once I cut it, but I was going for that abstract, art deco (insert inside joke here), kind of vibe, so it works.

And bam! I've got myself a new favorite old sweatshirt. 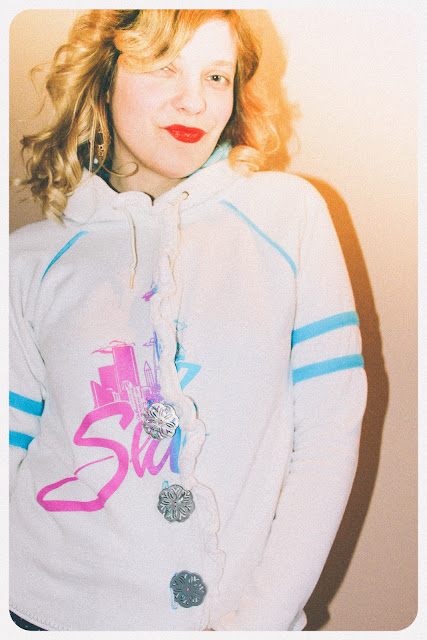 And no post is complete without a little Duck face.