READ this Book: The Night Circus by Erin Morgenstern

Sometimes, a book comes into my life by accident. Or fate (if you're one of "those people."  You know the kind...that believe in...fate...or have ESPN or whatever. Yeah, you get the idea). Sometimes, the books I end up loving the most are those that I never knew I wanted to read in the first place. As if, maybe the book itself was looking for me instead of the other way around, and was quietly waiting until the time was perfectly right to make its grand entrance into my life. Yeah, sounds implausible (not to mention cheesy as Hell). But still, this is the way I feel about The Night Circus by Erin Morgenstern. I happened to be wandering around in our local bookstore, the wonderful Village Books, on my most recent thirty-something birthday and there it was; just sitting there on the shelf, all pretty and fancy and lovely looking, like a little cupcake of crimson and black, all for me; I just HAD to have it (much like the pricey jeans and 5,000th dress I had purchased moments earlier). And like the title character (and yes, the circus itself is a character, a wonderfully rich, equally enchanting and haunting setting, that speaks quietly without saying a word), this book popped into my life without any warning (kind of like a bladder infection, but that's another story and one which is confidential between me and my doctor), and I loved every second of it (the book; not the bladder infection).

Um...sorry about that...moving on. The Night Circus is set in the late 1800s. There is something I find very intriguing about that moment in time, sexy even; maybe it's the opulent dresses women wore (I like big bustles and I cannot lie) or the overall decadence of the wealthy; over-the-top ballrooms with sparkling chandeliers, four course dinners with expensive, world-class wines. I'm not quite sure why (might have just been the wine. I like wine), but I find myself daydreaming that my husband would wear a top hat and tails whilst carry a cane, for no other reason than the fact that it looks cool. It might be that much of the story takes place in London, my most favoritest city EVER in life.  Also this "circus," is nothing like the average circus we've come to know. Screw those red and white striped tents; these tents are black and white and had me seeing green that Ms. Morgenstern came up with such an intriguing and magical idea before I did. Because magic is a big part of the story, as well. And who doesn't love a little magic? (Communists. They hate that crap). But I di-jest...ha! The Night Circus is, in its heart, a sweeping love story, that eclipses space and time (quite literally). It involves two rival magicians, who stand on the sidelines while they let their pupils, two students whom they've mentored their entire lives, take the stage to duel it out. This brings me to Celia and Marco, who are not only the stars of this duel, but the star-crossed lovers of our tale, pitted against one another before they knew the other existed, who have no choice but to go along with the wishes of their mentors. While their "teachers" may have passed on to them all their knowledge when it comes to magical arts, they've left out the part where only one can win on this stage. And the stage? Well, the stage is the circus, of course! I'll admit, if you're expecting an epically magical fight like Harry and Voldemort, you'll be a bit disappointed; you just might want to re-read Harry Potter for the 100th time, because this duel is much quieter, a lot more subtle, and like I said, takes a REALLY long time. I know all of this sounds quite vague, and I'm probably pissing off the one reader that I have of this damn blog, but I'd hate to ruin any part of this story for you. I went into this book after getting hooked from having read this opening paragraph on the very first page:

"The circus arrives without warning.
No announcements precede it, no paper notices on downtown posts and billboards, no mentions or advertisements in local newspapers.
It is simply there, when yesterday it was not."

If that doesn't intrigue you, then you must be dead (or a Communist). Either way, how about I appeal to you with another sentence, one that transcends race, class, religion, sex, life and death, something we can all relate to, regardless of our place in this world: 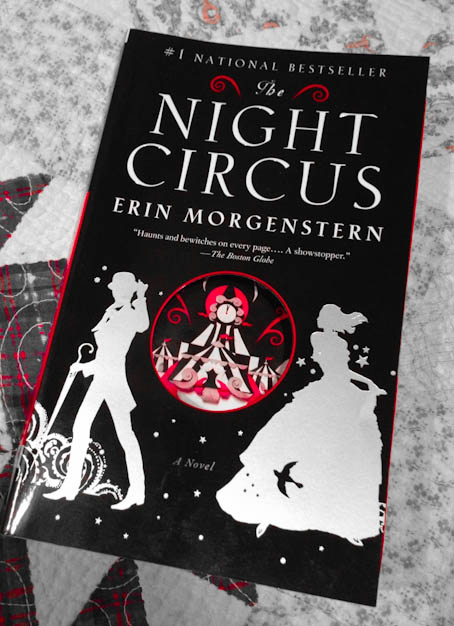 "The finest of pleasures are always the unexpected ones." 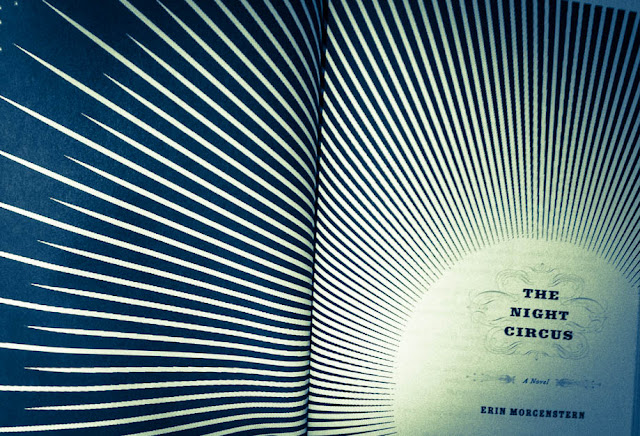 “You may tell a tale that takes up residence in someone's soul, becomes their blood and self and purpose. That tale will move them and drive them and who knows what they might do because of it, because of your words. That is your role, your gift.”